Author of the Week is Julia Flynn Siler 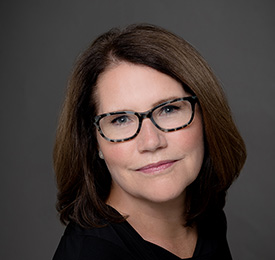 Julia Flynn Siler, in her first book since the New York Times bestselling The House of Mondavi: The Rise and Fall of an American Dynasty, takes readers on a tour through the fascinating history of Hawaii in Lost Kingdom: Hawaii’s Last Queen, the Sugar Kings, and America’s First Imperial Adventure, in a tale of one of the most breathtaking land grabs of the Gilded Age.

The story begins around 200 A.D., when intrepid Polynesians navigated thousands of miles across the Pacific and arrived at an undisturbed archipelago. For centuries, their descendants lived with almost no contact from the Western world. In 1778, their profound isolation was shattered with the arrival of Captain Cook and his men.

Deftly weaving together a memorable cast of characters, Lost Kingdom brings to life the ensuing clash between a vulnerable Polynesian people and relentlessly expanding capitalist powers. Portraits of royalty, rogues, sugar barons, and missionaries combine into a sweeping tale of the Hawaiian kingdom’s rise and fall.

At the center of the story is Lili‘uokalani, the last queen of Hawaii. Born in 1838, she lived through the nearly complete economic transformation of the islands. Lucrative sugar plantations owned almost exclusively by white planters, dubbed the “Sugar Kings,” gradually subsumed the majority of the land. Hawaii became a prize in the contest between America, Britain, and France, each of whom were seeking to expand their military and commercial influence in the Pacific.

Lost Kingdom is the tragic story of Lili‘uokalani’s family and their fortunes. The monarchy, under King David Kalakaua, fell victim to manipulation from the wealthy sugar-plantation owners. Upon ascending to the throne after her brother David’s death, Lili‘uokalani was determined to enact a constitution reinstating the monarchy’s power. But  she was outmaneuvered and, in January 1893, U.S. Marines from the USS Boston marched through the streets of Honolulu to the palace. The end of Hawai’i’s history as a sovereign nation had begun.

In the wake of its annexation by the United States in 1898, Hawaii became a stronghold in the Pacific, a position it maintains to this day. A provisional government, comprised of many of the descendants of the original missionaries, took control of the islands, toppling the monarchy and forever ending the island kingdom’s independence. For the United States, striving to fulfill its manifest destiny, the addition of Hawaii ushered in a new century of American imperialism.

Native Hawaiians mourned the loss of their nation and even former President  Grover Cleveland, by then living in retirement, spoke for those who had opposed annexation, declaring “Hawaii is ours…as I contemplate the means used to complete the outrage, I am ashamed of the whole affair.”

Find her book instock at Kona Stories or order online with the link below.

The New York Times Book Review praises Lost Kingdom in a full-page review entitled “The Other Side of Paradise.”

Read this Article at:  ‘Lost Kingdom,’ a History of Hawaii - The New York Times (nytimes.com)

This feature require that you enable JavaScript in your browser.
END_OF_DOCUMENT_TOKEN_TO_BE_REPLACED

This feature require that you enable JavaScript in your browser.
END_OF_DOCUMENT_TOKEN_TO_BE_REPLACED

This feature require that you enable JavaScript in your browser.
END_OF_DOCUMENT_TOKEN_TO_BE_REPLACED

Your Donations Make This Community Better!

These donations help teachers get the extra supplies they need, fund a community library at our senior living home or put educational STEM toys into the hands of at risk, low-income students in our communities.  In 2020 Kona Stories helped distribute almost $20,000 in educational materials to the Kona community with the help of YOUR donations.  Mahalo!