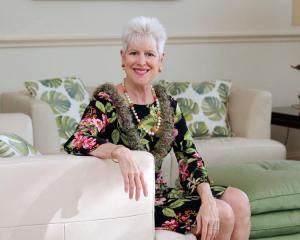 For Jane Marshall Goodsill, Voices of Hawai‘i began as a labor of love. A kama‘āina accomplished in the art of oral history, she began interviewing Island residents who had known her late father, a partner in a venerable Honolulu law firm. 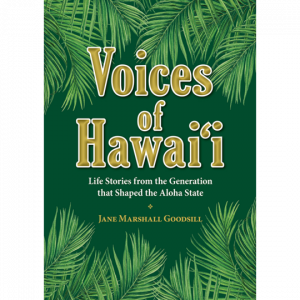 But avocation soon became vocation. As Goodsill’s joy in recording these life stories grew, so too did her pool of subjects: business executives, war veterans and POWs, retired plantation managers, Island entertainers, conservationists, taro farmers, educators, broadcasters, retailers, ranchers, activists, judges, journalists and so many others. Taken together, their oral histories told a fascinating, behind-the-scenes tale of Hawai‘i’s journey from the World War II era into the 21st century.

The best of these candid interviews—compelling tales of deals made and glass ceilings shattered, of ancient ways revived and legacy lands preserved—are collected here under the themes of Island life: history, race, land use, art and music, philanthropy, development, and the spirit of aloha.

Facebook live interview is scheduled for 2PM on October 23rd - check it out on https://www.facebook.com/Konastories followed by an outside booksigning in the front of Kona Stories until 4PM.