Each month Kona Stories hosts an event with local and traveling authors.

This event happens the First Tuesday evening of the month starting at 6 PM. 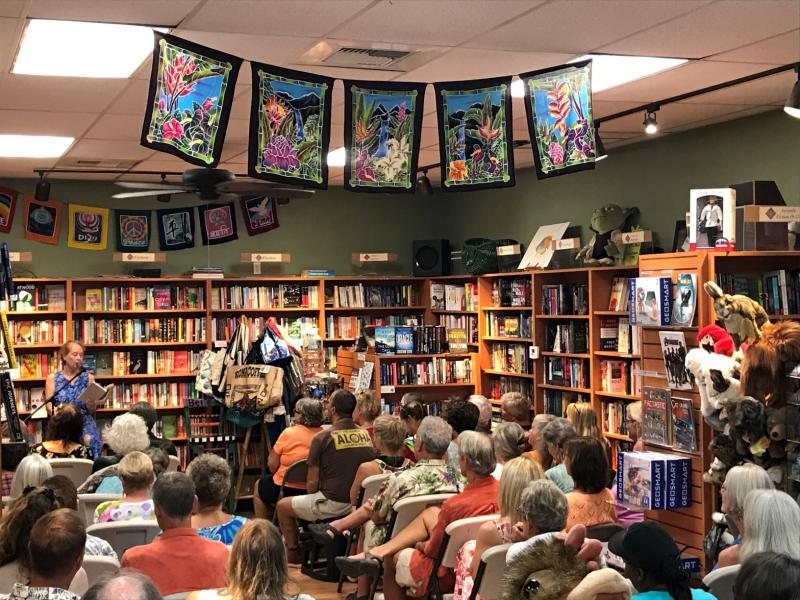 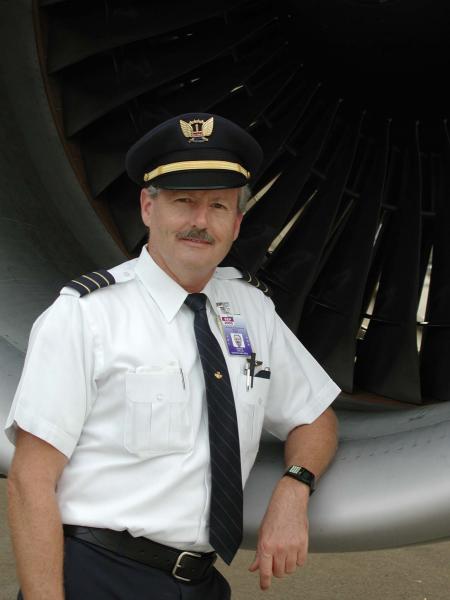 Barry Willis’ “The Banjo Pilot” begins and ends with some exciting adventure in the air.  Clouds, fog, low fuel, rain, ice, low oil pressure, and a lost engine are only some of the emergencies that Duke Steel has to deal with using his experience, common sense and belief in God.  Occasionally narrated by Duke’s daughter Lisa, this work of historical fiction combines fictional characters with real people and events  spanning a timeframe from the 1940s to 1978. 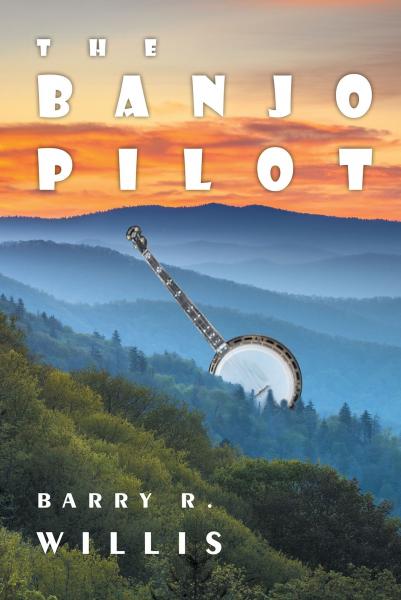 The Banjo Pilot tells of Duke Steel’s early life in the Mt. Airy area of North Carolina. It was a good life filled with God, family, friends, food and music.  During the 1940s, Duke played in a local bluegrass band (Pilot Mountain Volunteers) and by 1949, he was asked to join Bill Monroe and his Blue Grass Boys. After a stint lasting several months with Monroe, Duke Steel forms his own band (Pilot Mountain Boys).

The book’s author, Barry Willis, is a retired pilot and banjo player. In 1997, he also authored “America’s Music: Bluegrass. A History of Bluegrass Music in the Words of Its Pioneers.” Thus, Willis’ novel “The Banjo Pilot” draws upon his own personal experience and offers storylines that revolve around aviation, bluegrass music, Christian faith and romance.

After twenty years (1958-78) as a pilot for a major airline and not playing his banjo, Duke is ready for another phase in his life that rekindles his passion for bluegrass. His daughter plans something special for her dad, a weekend trip to the bluegrass festival in Berryville, Va . Steel meets and coaches a young band called Appalachian Flyers, teaching them how to play classic, traditional or “true” bluegrass in the style of Bill Monroe.

Besides offering historical background, amusing anecdotes, musical vignettes and fictional excitement, “The Banjo Pilot” offers helpful advice about such topics as timing, rhythm, phrasing and drive in bluegrass music. Through the stories and instruction of Duke Steel, the author brings life to the music that is just as integral as other characters in the book. 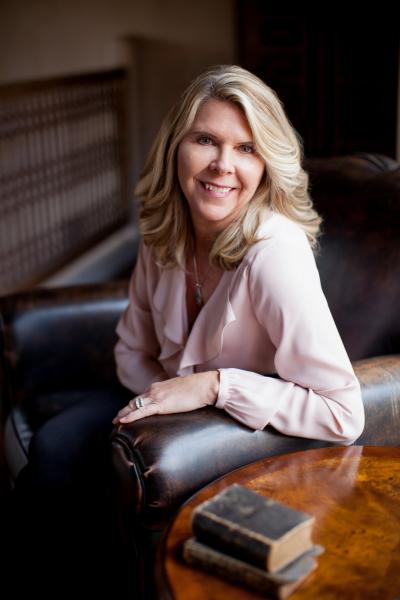 An award-winning author,  Bovée was honored as a finalist in the Historical Fiction category of the 2019 Next Generation Indie Awards for her novel Girl with a Gun. The book also received First Place in the 2019 New Mexico/Arizona Book Awards in the Mystery/Crime category, and received the 2019 Hillerman Award for Southwest Fiction. She was honored as a finalist in the Romantic Suspense category of the 2012 LERA Rebecca contest, the 2014 NTRWA Great Expectations contest, and the RWA 2016 Daphne du Maurier contest for her then unpublished manuscript Grace in the Wings.

Bovée has worked as a technical writer for a Fortune 500 Company, has written non-fiction for magazines and newsletters, and has worked in the education field as a teacher and educational consultant. She is the author of the Annie Oakley Mystery Series and the Grace Michelle Mystery Series.

She and her husband, Kevin, spend their time between their horse property in the beautiful Land of Enchantment, New Mexico, and their condo on the sunny shores of Kailua-Kona, Hawaii. 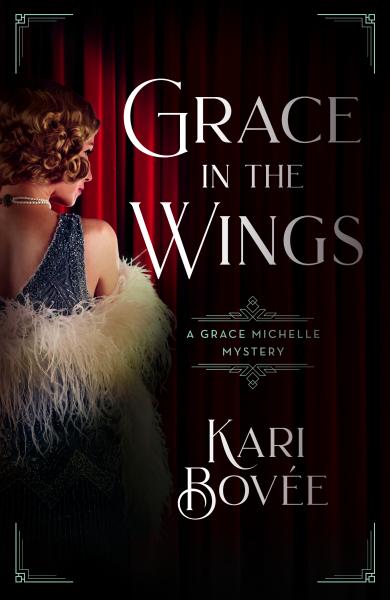 Grace Michelle has everything she wants; a home, a family, and a future career as a costume designer for the Ziegfeld Follies. Pretty good for an orphaned girl who once lived on the streets of New York City. But when her sister Sophia, the star of the show, is murdered, Grace’s protected life is shattered. Famed showman, Florenz Ziegfeld, Jr. wants Grace to be his new star. Beholden to Flo, the man who saved her from the streets, introverted Grace reluctantly agrees, but only if Ziegfeld promises to find Sophia’s killer.

Battle-scarred from the war and emotionally scarred from his past, Chet Riker has made it a practice to keep his distance from others – for love only produces pain. Trying to piece his life back together after returning from the WWI battlefield in France, Chet has a problem, a big one. He’s indebted to mob-boss Joe Marciano, and Marciano wants him to pay up or else. Chet contacts former client Florenz Ziegfeld for work, and Ziegfeld needs a bodyguard for his new star. Chet’s hardened theory that love only produces pain is tested when he meets the fiesty and determined Grace.

Grace, devastated at the loss of her sister, finds herself swept up in a life she never wanted as Ziegfeld’s new star in the Follies, and as the pawn in a series of publicity stunts during a transcontinental train trip to California that put her life at risk. Who would want her and Sophia dead? Flo, who is reaping the benefits of publicity from the murder? His jealous wife? Sophia’s fame-hungry husband? Or the man she and Sophia almost killed in the streets of New York? Unable to trust her benefactor or anyone else, even the PI hired to protect her, Grace struggles to forge ahead in the lime-light in the hopes of finding her sister’s killer.

Together, Grace and Chet must confront publicity hungry Florenz Ziegfeld, power driven Joe Marciano, and their own pasts to find Sophia’s killer, gain their freedom, and let themselves love once again. 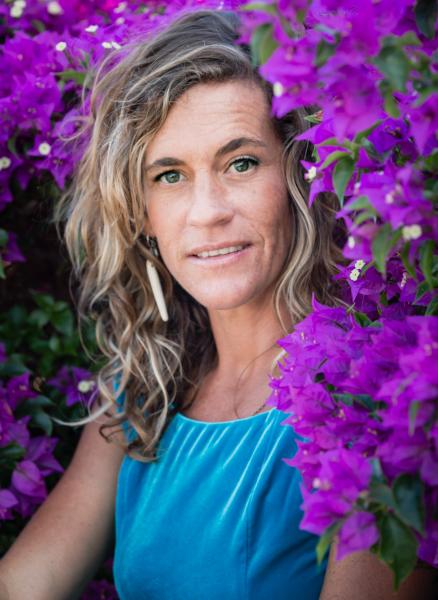 Krista Joan Donaldson is a seasoned garden teacher and sustainability specialist based in Kailua-Kona.  Krista can be found battling climate change with composting, turning trash into Recycle Runway couture, and cheerleading social change with free surf contests. On a mission to reconnect herself and others with nature, Krista Joan has been detailing unique aspects of local life for two decades.  She is co-author of “Nalu O Kona:  Essays from the Surf 2004-2006” and creator of “Malama Wai’aha” featuring rare surf photography by Mike Cerrone.  Her latest manifesto is a call to action for ocean enthusiasts everywhere. 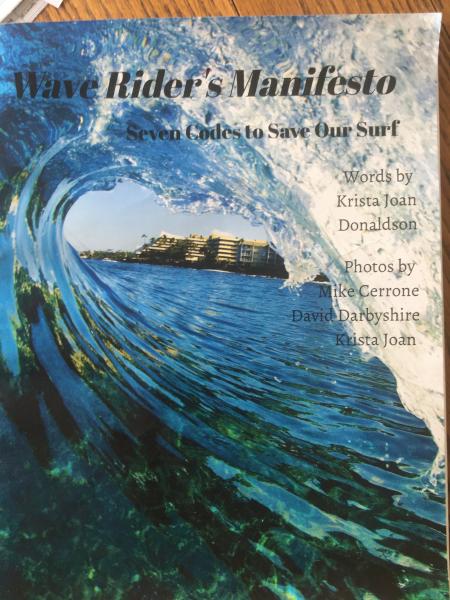 Wave Rider's Manifesto: Seven Codes to Save Our Surf is a call to action for wave riders everywhere:  Unite now to fight the slow motion disaster facing our seas and way of life.  No matter where we live, wave riders can explore surfing's indigenous roots, aloha our ahupua'a, offset our footprint, respect the Law of Water, practice deliberate simplicity, start seeing opala, and invest in The Change.  These simple Surf Codes, if embraced by wave warriors all over the globe, are our best hope.

Grace in the Wings: A Grace Michelle Mystery (Paperback)

Presenter for Words and Wine 2020

Presenter for Words and Wine 2020