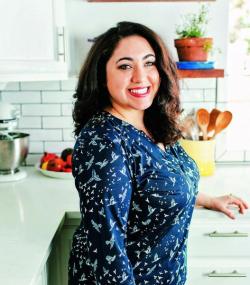 Samantha Ferraro is the blogger and creator of the food blog, The Little Ferraro Kitchen, where she shares world cuisine recipes, spanning different cultures and ethnicities. Her recipes have been shared with the LA Times, Huffington Post and Cosmopolitan, and she is a regular contributor for other online publications. Samantha has lived in several major areas, including New York City, Hawaii, California and the Pacific Northwest, illustrating her diverse knowledge of culture and food. When Samantha isn’t in the kitchen, she is out enjoying the beauty of the Pacific Northwest with her husband Joe and their dog Hula in Bellingham, Washington. 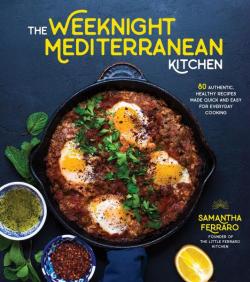 With a focus on vibrant, modern flavors and a gorgeous full page photo for each recipe, the Mediterranean diet has never been easier or more delicious!

Samantha Ferraro’s fresh and simple dishes make it easy to eat healthy food throughout the week. Enjoy all of the amazing benefits of the Mediterranean diet, no matter how busy your schedule. Lean proteins, bright produce and heart-healthy oil make for light meals full of zesty, aromatic spices that leave you nourished and satisfied. 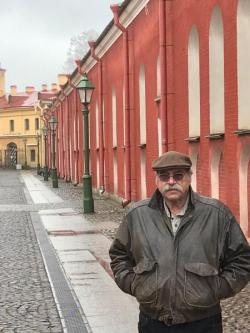 Joseph Theroux has published three novels, The Devil’s Throat and The White Kahuna (Kilauea Publications) and Black Coconuts, Brown Magic (Dial, Doubleday). He has also published fiction and historical articles in Pacific Islands Monthly, New Pacific, Hawaii, Honolulu, Sprit of Aloha, Historic Nantucket, The Hawaiian Journal of History and The Journal of Pacific History. He has lived in Samoa, Hawaii and Cape Cod.

Author photo: Outside the Trubetskoy prison, St. Petersburg, where Dostoyevsky was held. 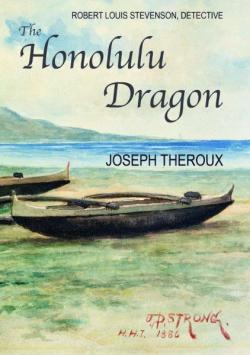 Following the success of their detective work in the cases of The Devil’s Throat and The White Kahuna, Lloyd Osbourne and his step-father Robert Louis Stevenson find themselves in a world of murder and intrigue in Hawaii.

Osbourne discovers a coded message, hinting at the survival of his father, Samuel Osbourne, who has been thought long dead. Once deciphered, it leads him and Stevenson on a dangerous adventure involving torture, murder, opium smuggling, a scandal involving the late King Kalakaua, baseball gambling, and uncover assassination threats against President Sanford Dole – set to occur on July 4, 1894 -- the day Dole is to announce the new Republic of Hawaii. There are snipers on the rooftops of the Iolani Palace and the Opera House, and several men have already been garroted and branded with the mark of a dragon on their arms. They also expose those behind the poisoning of King Kalakaua.

Does the coded phrase “I am chasing the dragon!” refer to addiction or revenge?

And how is the young Duke Kahanamoku involved?

Stevenson goes undercover as an opium addict to gather clues as to the smuggling trade and discover the meaning of The Honolulu Dragon. 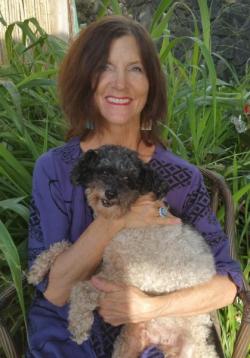 Dawn Singleton attended Iquim University where she earned her master’s degree and doctorate in natural medicine; she is a specialist in quantum biofeedback. Singleton is passionate about working with children with special needs. She is also the author of The Power of the Entangled Hierarchy: Never Ever Give Up and Breaking through the Darkness

Through three main animal characters, Dawn Singleton’s new juvenile fiction The Three Amigos and Their Friends: A Touch of Heart presents a greater awareness of the magic of nature and the life of play outside.

Lavender, a little black-and-white parti poodle; Razzle, a fluffy white cockapoo; and Jasmine, a long-haired tabby cat, are the best of friends. They move to Hawaii, confront their fears and experience the joy of their close bond of friendship. Razzle is sick and her owners are hoping a treatment known as quantum biofeedback will make Razzle better.

In their move from their home in Pennsylvania to their new home, they encounter a mother centipede named Matilda and her babies. This family of centipedes lives in a crevice under the sink in the bathroom of the new home. Each of the amigos’ reactions is different when meeting the mother centipede for the first time. Matilda teaches the three amigos to not listen to biases, and that what is feared most might be the best thing that ever came into their life.

“I want to instill the reader with a curiosity about quantum science, not to be hasty when making a judgment about another person, and to reunite a desire to enjoy nature, music, and dance,” Singleton says.

March 2020 presenter at Words and Wine

The Three Amigos and Their Friends: A Touch of Heart (Paperback)

March 2020 presenter at Words and Wine

END_OF_DOCUMENT_TOKEN_TO_BE_REPLACED

This feature require that you enable JavaScript in your browser.
END_OF_DOCUMENT_TOKEN_TO_BE_REPLACED

This feature require that you enable JavaScript in your browser.
END_OF_DOCUMENT_TOKEN_TO_BE_REPLACED

This feature require that you enable JavaScript in your browser.
END_OF_DOCUMENT_TOKEN_TO_BE_REPLACED