Each month Kona Stories hosts an event with local and traveling authors. This event happens the First Tuesday evening of the month starting at 6 PM. Authors are available to talk story while you are getting your plate of appetizers and glass of complimentary wine. Authors then give a 15-minute talk about their book and themselves, the writing and publishing process or a short reading from the book. After all the authors presentations there is a time for individual questions and book signings 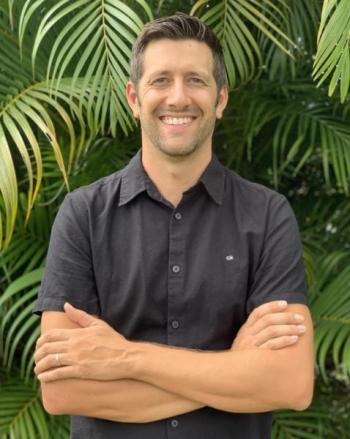 N.T. McQueen is a writer and professor in Kona, Hawai'i. His novels include The Blood of Bones (Adelaide Books) and Between Lions and Lambs (City Hill, 2010). He earned his MA in Fiction from CSU-Sacramento and his writing has been featured in issues of the North American Review, Fiction Southeast, Entropy, The Grief Diaries, Camas: Nature of the West, Stereo Stories, and others. He has done humanitarian work in Cambodia, Haiti and Mexico and is a lecturer at Hawai'i Community College 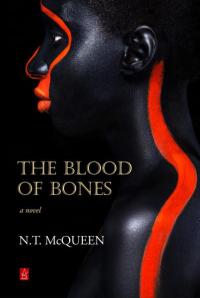 The Blood of Bones is a mythic, coming-of-age tale that speaks to the struggles of humanity across cultural boundaries. Themes of belief vs. violence, community vs. the individual, and, above all, the quest for peace are imbued in the narrative. Based on actual, current practices among tribes in the Omo Valley, The Blood of Bones is a testament to the resilience of hope in even the most hostile circumstances

The boy’s name is Tesfahun. Nestled in the vastness of Ethiopia, he lives among an ancient tribe untouched by modern civilization. His people live an isolated life where revenge killings are required and ruled by superstitions where mingi or cursed babies are thrown into the river for the sake of the tribe.

As friends are forced to avenge the tribe and children disappear in the night, Tesfahun begins to question his people and his beliefs, growing further from his grief stricken mother and hardened father. After his initiation into manhood, Tesfahun discovers a terrible secret about his family and himself.

This revelation forces him to flee his people into the harsh territory of his enemies who reside across the river. Near starvation and death, he is rescued by an old recluse and the two form a strange bond, hiding from their people and their demons. Needing food, they march to the river to hunt but soon discover they are the ones being hunted. But not by beasts. Fearing for his life and the demons he tried to flee, Tesfahun crashes headlong into his blood-soaked fears and must come to terms with the violence inherent in his bones in order to find salvation. 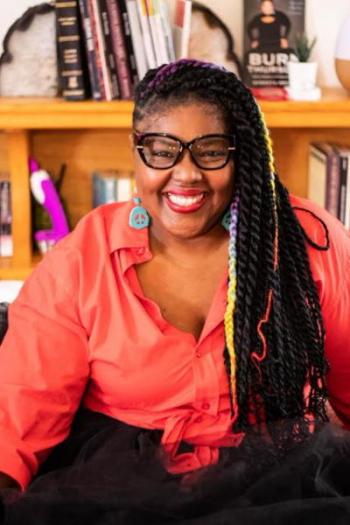 Syreeta Brown is an Author, Coach, and Professional Dancer/Choreographer from California. Burn Thursday is her first published work in 2019. She is a "no niche" Coach and writer. Her personal and professional experiences are eclectic, which allows her to provide a variety of holistic specialties such as grief & bereavement, sex & intimacy, aging & dying, and creativity. Her writing is also a reflection of her coaching.

She is inspired by her spirituality and her passion for people! 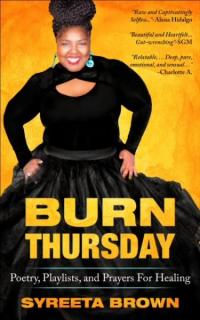 Burn Thursday is a raw and hauntingly painful account of author Syreeta Brown’s grieving of past uncouplings through poetry, playlists, and prayers. Instead of feeling sorry, the reader feels empowered by the author’s ability to share her evolution through self-discovery and self-accountability. Burn is not for the faint of heart. This eclectic collection explores addiction, sex, intimacy  love, rape, mental health, and  loss.Syreeta is courageous and bold, leaving her soul naked for the reader to see. Brown’s poetry includes tender confessions that are sexually explicit, vulnerably sweet, and sometimes painful to read. Prepare to be shocked, pissed off, and ultimately renewed. 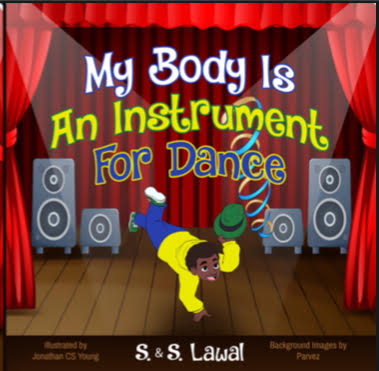 My Body Is An Instrument For Dance was inspired by the husband-and-wife team, Syreeta and Segun Lawal. Their deep love and appreciation for music and dance inspired their first children's book. They both realized that each pivotal moment in their life was connected to music and movement.My Body explores the child-like innocence of having the freedom of movement. Characters, Seggy and Rita take you on an eclectic dance ride, exploring multiple genres and styles of dance. You and your family will be want to stand and move as you are reading this energetic story! 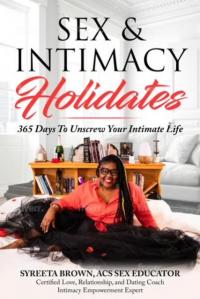 SEX & Intimacy Holidates lays out the perfect template for restoring, recharging, and reconstructing your sex and intimate life. Coach Syreeta has jam-packed Orgasms, Oral, and Other coaching tips to level up your intimate life. Oral isn't just referring to oral sex, the mouth (oral) is the center of sexual and intimate wellness. Effectively communicating your wants and desires can create a safe space for deep intimacy to grow. Sex and intimacy are delicious when paired but are not the same; Coach Syreeta’s book distinguishes between the two.

“We teach people how to treat Us, so teach them how to love you, respect you, and honor you” 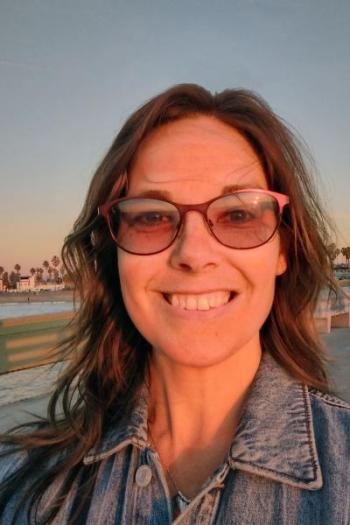 Karrieanne Warren is an artist living on the east side of Hawaii with her Husband Patrick Warren. Karrieanne loved illustrated books when she was a child and they inspired her to become an artist. As she got older, she realized that she had an aptitude for working with kids.  It was always her dream to have a career where she could combine her passion for art and working with children.  She currently works at a safe home for teenage girls where she implements an art curriculum she created. Karrieanne met Patrick in college at the University of Hawaii at Hilo where they both fell in love while earning their Bachelor of Art Degrees.  They traveled to the mainland living in New York City and Denver. 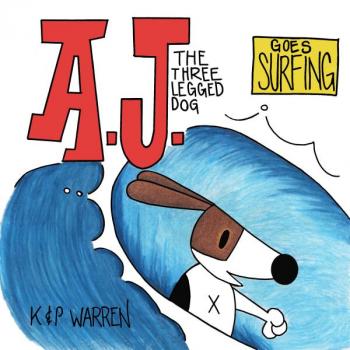