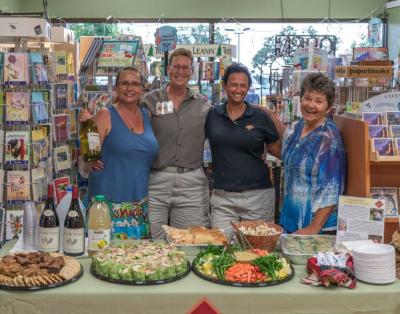 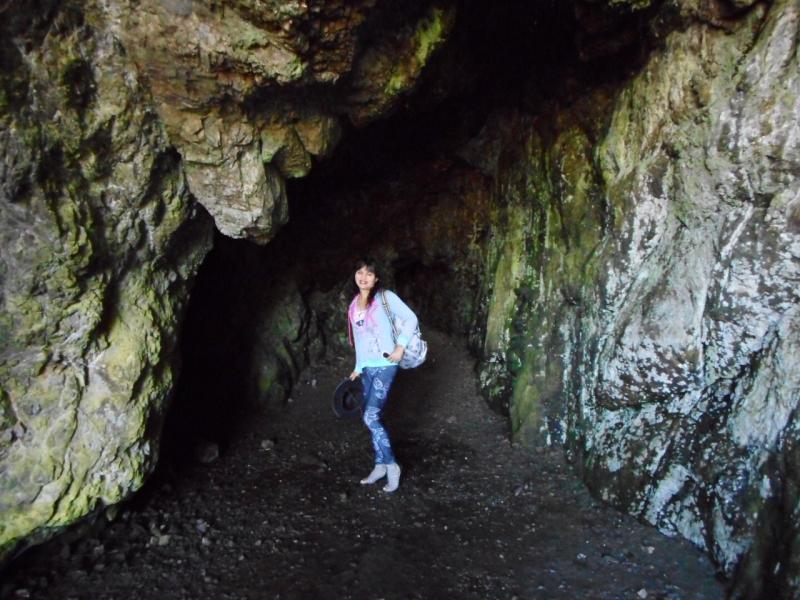 LOUISE RIOFRIO is educated in physics and astronomy and worked as a scientist at NASA Johnson Space Center in Houston.  While studying the Moon, Louise performed experiments with priceless lunar samples from Apollo.  She is known worldwide for predicting and measuring change in the THE SPEED OF LIGHT, subject of her first book.  She spent Summers in Alaska helping to rescue bald eagles.  Louise enjoys swimming, bicycling and exploring strange new worlds.  She lives in Waimea on the Big Island while working for an observatory association. 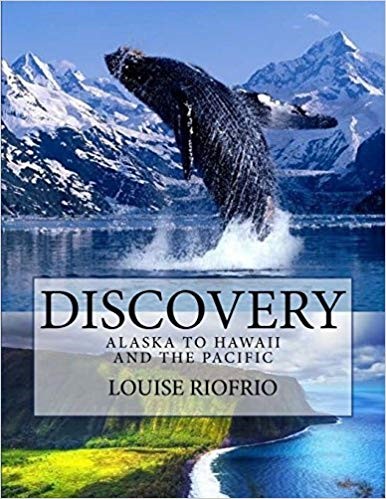 DISCOVERY: ALASKA TO HAWAII AND THE PACIFIC tells for the first time how our islands were found from Alaska and Canada thousands of years ago, a story hidden until now.  Louise Riofrio combines astronomy, native oral history, DNA and the paths of wildlife to tell a story 6000 years in the making.  For travelers this is an introduction to the land, wildlife and native people of our islands.  Sections are devoted to Alaska the Great Land, Hawaii our homeland, Tahiti the distant land and Aotearoa New Zealand.  With over 200 photos plus maps of the Pacific and islands, DISCOVERY: ALASKA TO HAWAII AND THE PACIFIC will add to any Hawaii bookshelf or coffee table. 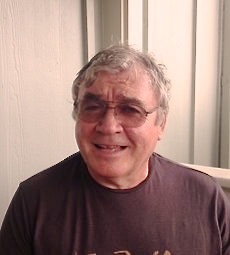 Dave Fouts was born and raised in Indiana, and for his first 18 years never roamed further than forty miles from his hometown. On his 19th birthday, a benevolent government began to take a serious interest in him, believing it would be good for the young man to venture out and see more of the world.

After being done with the Army, and finishing college, Dave and his wife Linda set out for Alaska. For 12 years they worked as teacher and counselor, while raising a family in Yupik villages that ranged in population size of 100 to 500. In the village of Aniak, a very desperate and lonely missionary, one who'd had quite enough of the dream of being a missionary, turned over the church and parsonage to Dave, with the idea he fill the role of lay pastor. After this was settled, it only took the man two days to pack up, and catch a flight to Anchorage. For twelve months Dave preached, and his wife Linda ran the song service for a congregation running between twelve and twenty saved and unsaved souls. Shortly after this 'gig' Dave lost a Christian faith he'd held for 18 years. It never came back.

Dropping out of education for a few years, Dave worked on the deck of a salmon seiner in the Prince William Sound. In the coastal town of Seward, Alaska, he held the position of  counselor in the Alaska's adult vocation school for adults.

Writing really began in ernest for Dave while in the Army, where he'd labor away at 25 page letters for those back home, only to end up throwing them away when finished. He always felt the writing didn't explain clearly enough what was happening in his life. The short stories and poems he began to produce at this time suffered the same fate. While still chasing after experiences with words today, Dave is more likely to work through several drafts of a piece, before giving it a toss.

Now a widower, he practices Qi Gong at the local temple annex, meditation with a good group out of Honokaa, goes to the gym fairly regular, facilitates a writing group in Waimea, tends to his two pleasantly plump dogs, eleven sheep, five acres of weeds and tall grasses, while he bakes chocolate stuff, and writes. He's been on the Big Island since 03. 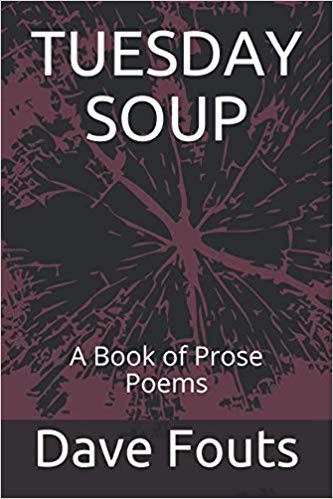 The book Tuesday Soup is a collection of fourteen prose poems, and seven poems.  The writings vary in size from 600 to 1200 words plus. There are many different definitions of what constitutes a prose poem. I fit in there somewhere. I approach a concept and story with the use of a good deal of imagery, and figures of speech. The writings are generally in the Slipstream genre, with a blend of science fiction, fantasy, and the absurd. A general theme of the book is of our human condition with its pain and pleasure, and the greater reality that sits behind these experiences. Life is actually good. It's a look at the varied ways we work to make sense of our lives, in order to survive, prosper, or just exist. Humor is employed at times to keep from being heavy handed, or of taking myself too seriously.

Yet, I do make a serious inquiry into the different ideas found in these writings, even those which might on surface level appear as goofy or just plain silliness: Jesus rose up from the earth 2000 plus years ago, and He's still rising. Where in the hell is He going? The question of why do you pat your dear old aunt on top the head like a cocker spaniel is answered. Does your soul have an expiration date? Where does a sheet of sky go when it needs to get away? How to arrange a second chance with those you loved who died. I'm even take the reader to a special land of exploding moons and broken hearts. 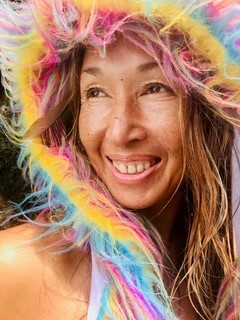 Soul Fire - Living her God-given name, Soul Fire is the flame that ignites the fire is one’s soul.  She authentically guides, teaches and empowers others from the wisdom she acquired from her own life experience of transformation and the myriad of modalities she has studied over two decades of healing and helping others through: yoga, meditation, reiki, Qigong, Thai yoga massage, water healing, personal training, health and life coaching.  As a Visionary Alchemist, Multi-Dimensional Health Educator, Mother, Spiritual Teacher of the New Earth, Energy Healer, Yogini, Author, Warrior Light, she has spent the beginning of her life lost in the perceived darkness and now is excited to share the SoulFire Awakening with others dreaming awake. When she’s not out healing the world, you can usually find her in the ocean or sharing Aloha while walking her faithful companion, Karma. 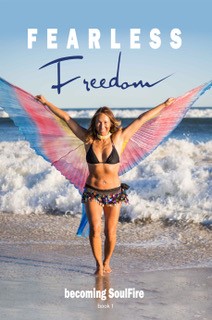 This is the story about a girl who changed her life.  She has embraced her spiritual name, SoulFire, on every level, and has courageously written this autobiography in hopes that it will inspire, heal, and awaken others to the Divinity within their free hearts.  She understands what it’s like to walk the Earth feeling alone, lost, unloved, and unwanted, and has risen above the anguishes of abandonment throughout every chapter of her life.  She also knows that we did not come here to suffer, we came here to thrive.  As spiritual alchemists, we need the darkness to find the light and our true freedom.  Being a spiritual seeker since childhood, she has never stopped questioning, studying, and learning.  Referencing the ancient teachings of yoga and timeless wisdom, with vulnerability and quirky humor, she shares her experiences of being a single mother, growing up as an adopted child, healing her back and neck disabilities, going through bankruptcy, and at times feeling utter despair.  However, she has risen above it all, like the Phoenix Bird, and is a walking demonstration of how one can overcome adversities by using them as portals for discovery.  We all have the power to heal ourselves.  As we heal, the world heals.  The dawning of the new Earth is here now, beckoning us to awaken from our spiritual slumber, and re-remember our Divine magnificence!  Journey into your authentic Self through the leaves of this book.  Rediscover the beautiful, powerful, and loving soul that you truly are.

Discovery: Alaska to Hawaii and the Pacific (Paperback)

Words and Wine presentor in June 2019

END_OF_DOCUMENT_TOKEN_TO_BE_REPLACED

This feature require that you enable JavaScript in your browser.
END_OF_DOCUMENT_TOKEN_TO_BE_REPLACED

This feature require that you enable JavaScript in your browser.
END_OF_DOCUMENT_TOKEN_TO_BE_REPLACED

This feature require that you enable JavaScript in your browser.
END_OF_DOCUMENT_TOKEN_TO_BE_REPLACED