Meet Victoria Ventris Shea:  "After a career in education and writing online courses with video, I'm excited to present my first novel for entertainment, a historical fiction adventure with romance, SHAGOON." 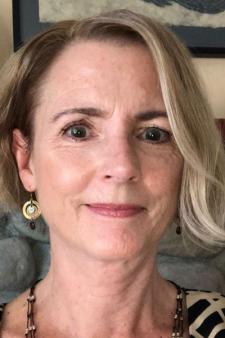 "My writing typically includes experiences in the natural environment, having lived most of my life in the woods of  Washington state. I've had a passion for writing ever since my first serious boyfriend dumped me at a tender age. Now I indulge in research and the creation of realistic characters to put together bits of history in new ways.

I love spending time with family, especially cooking together, and am interested in warm climates, sandy beaches, large bodies of water, palm trees, and plumeria. I help my husband build houses, practice yoga and enjoy the mussels from Penn Cove where I currently live on Whidbey Island.

Having always admired Native American cultures, when a psychic told me thirty years ago that I had once been an Alaskan Native American twin and I learned that twins had been left in the forest to die in some Native cultures of the past, I felt compelled to investigate. The story of SHAGOON has been building ever since.

My intention is to entertain, inform, and pay tribute to the Tlingit people by creating interest in their culture and character through the love and interaction of family members."

SHAGOON:  How can a newborn left in the forest to die, not only survive but also become an educated person who influences a Hawaiian queen and a Russian leader? More difficult is her challenge to be accepted by her Tlingit family whom she’s never known. For that, she needs the support of British Captain Vancouver and her hunting pet, Falcon and to break away from the love of her life.

When Ana is sent against her will from a California Spanish mission to travel with British Captain Vancouver, Lt. Whidbey, Peter Puget and Scottish Dr. Menzies to Alaska via Hawaii, she meets a steamy young Hawaiian and is torn between duty and desire, family versus her own life. She survives catastrophic injury, disease and loss as she experiences a variety of cultures and learns about the spiritual influences of tribal heritage, but nothing prepares her for what it means to be Tlingit.

SHAGOON begins in 1764 before the influence of the “Cloud Face,” a time when tribes were strong, with Ana’s rebellious young mother whose intense love for her warrior husband launches a family saga that changes lives for future generations.

At Kealakekua Bay, Chief Kamanawa is the first to come aboard. “I remember you!” he says. “You left a story behind when you went away with Vancouver. You are the Girl Who Talks to Falcons and Heals! You were with the Red-faced Man Who Collects Grass and Cuts Off Limbs!’ he adds, grinning. He takes her by the shoulders and touches his forehead and nose to hers. “Aloha, E Komo Mai, welcome, Ana.”   She smiles, tears forming in her eyes, remembering this place where she was welcomed, not knowing until now how important that time would become.

This feature require that you enable JavaScript in your browser.
END_OF_DOCUMENT_TOKEN_TO_BE_REPLACED

This feature require that you enable JavaScript in your browser.
END_OF_DOCUMENT_TOKEN_TO_BE_REPLACED

This feature require that you enable JavaScript in your browser.
END_OF_DOCUMENT_TOKEN_TO_BE_REPLACED

Your Donations Make This Community Better!

These donations help teachers get the extra supplies they need, fund a community library at our senior living home or put educational STEM toys into the hands of at risk, low-income students in our communities.  In 2020 Kona Stories helped distribute almost $20,000 in educational materials to the Kona community with the help of YOUR donations.  Mahalo!