Today is the day to come out and support your Indie Local Business! 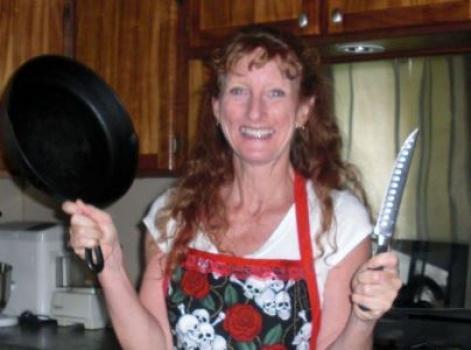 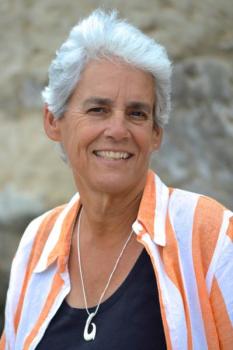 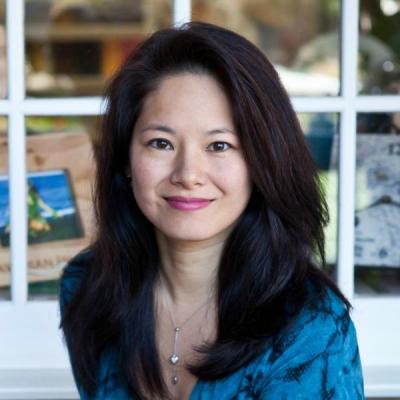 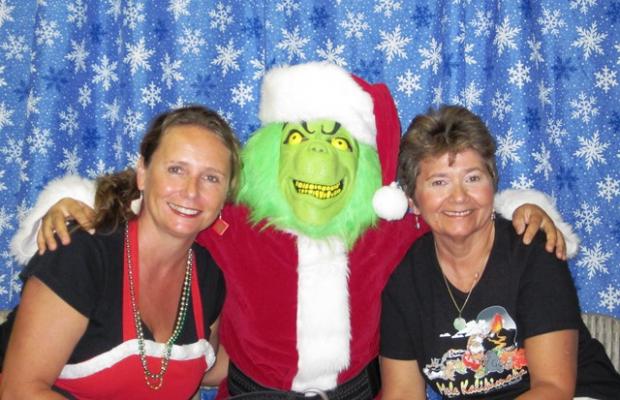 Jane Lasswell Hoff is a professional forensic anthropologist, a member of the American Academy of Forensic Sciences and a lecturer in anthropology. She has worked throughout the United States for tribal groups, police departments, medical examiners’ offices and for the U. S. Army, identifying and recovering human remains.

Bones of Paradise is her first novel, part of an intended series of Big Island Mysteries.

The daughter of a law professor and a potter, Leslie Karst learned early, during family dinner conversations, the value of both careful analysis and the arts—ideal ingredients for a mystery story. She spent her early years in various locales (Columbus, Ohio; South America and Mexico; Oxford, England; and Santa Monica, California), then moved from Southern California to Santa Cruz to study English literature and Romance languages at UCSC (home of the Fighting Banana Slugs). Leslie was able to parlay her humanities degree into employment waiting tables and singing in a new wave rock and roll band. Exciting though this life was, however, she eventually decided she was ready for a “real” job, and ended up at Stanford Law School. Having survived the horror that is the California bar exam, Leslie then worked for twenty years as the research and appellate attorney for a civil law firm in Santa Cruz County. During this period, she rediscovered a passion for food and cooking, and so once more returned to school—this time to earn a degree in culinary arts from Cabrillo College. Now retired from the law, she spends her time cooking, singing alto in her local community chorus, gardening, cycling, and of course writing. Leslie and her wife and their Jack Russell mix split their time between Santa Cruz and Hilo, Hawai‘i.

Darien Hsu Gee is the author of five novels published by Penguin Random House that have been translated into 11 languages.  She won the 2019 Poetry Society of America’s Chapbook Fellowship award for Other Small Histories and the 2015 Hawai’i Book Publishers’ Ka Palapala Po’okela Award of Excellence for Writing the Hawai’i Memoir.  She is the recipient of a Sustainable Arts Foundation grant and a Vermont Studio Center fellowship.  Gee holds a B.A. from Rice University and an M.F.A from the Rainier Writing Workshop at Pacific Lutheran University.  She lives with her family on the Island of Hawai’i.

Allegiance:  Family, Longing, and a Chinese American Woman’s Search for Identity is Gee’s vivid and evocative latest work.  This book is part of the Hali’a Aloha Series celebrating the stories of Hawai’i. Gee dissects long-held beliefs and navigates the complexity of family dynamics by exploring the questions that shaped her identity.  What does it mean to be Chinese American?  How are we reflected in the people we love, and us in them?  What obligations do we have to those who share our blood, and how does a woman claim her life as her own?

Nonwhite and Woman: 131 Micro Essays on Being in the World (Flash Nonfiction) (Paperback)