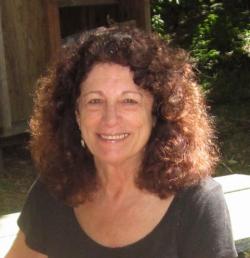 Carol Alena Aronoff, Ph.D. is a psychologist, teacher and poet. Her work has appeared in numerous journals and anthologies and has won several prizes. She was twice nominated for a Pushcart Prize. Carol has published 2 chapbooks (Cornsilk and Tapestry of Secrets) and 6 full-length poetry collections: The Nature of Music, Cornsilk, Her Soup Made the Moon Weep, Blessings From an Unseen World, Dreaming Earth’s Body (with artist Betsie Miller-Kusz) as well as The Gift of Not Finding: Poems for Meditation (forthcoming). 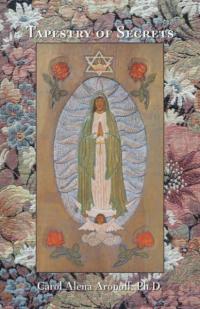 Some secrets ennoble/their guardians, others speak from dark closets in language we no longer understand.”  Dr. Carol Alena Aronoff writes here of the latter, “in sixteen hundred’s New Mexico,” whose lives depend on withholding the secret of their Jewish lineage.  Exiled by the Spanish Inquisition on pain of burning, these secret Jews can be condemned by the food they serve, old ballads, the six pointed star on the side of an old grave stone, her Abuelita’s whispers – the Sh’ma – and more – “stars within crosses” – even a cross hung by the doorframe where the mezuzah would go.  These exquisite poems in Spanish, English, and Hebrew reveal the stories of brave people whose descendants still observe HaShem’s presence among us. With a comprehensive bibliography, Tapestry of Secrets is a treasury of information and poems.  We need it to flourish.

Tapestry of Secrets is a fascinating look at the hidden world of the crypto-Jews of New Mexico through stories/persona poems about the Narrator’s family, the secrets they carry dwelling ‘in the between world’ of Jewish and Catholic faiths and customs, and the struggles of identity in a world of autos-de-fé and intolerance. Aronoff has created perhaps her most personal and meaningful book—of interest to those of any faith. –Hilda Raz, author of All Odd and Splendid

END_OF_DOCUMENT_TOKEN_TO_BE_REPLACED

This feature require that you enable JavaScript in your browser.
END_OF_DOCUMENT_TOKEN_TO_BE_REPLACED

This feature require that you enable JavaScript in your browser.
END_OF_DOCUMENT_TOKEN_TO_BE_REPLACED

This feature require that you enable JavaScript in your browser.
END_OF_DOCUMENT_TOKEN_TO_BE_REPLACED