Author of the Week: Jeanne Lee 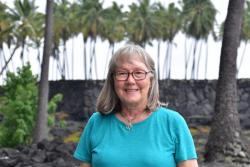 Jeanne has been an educator for many years, teaching elementary through high school in the areas of ESL (English as a Second Language), English, and psychology.  She has also taught ESL at the community college level and teacher training to graduate students.

Her published work includes a dozen educational books in the areas of ESL and teacher training. Several of her short and full-length plays have been performed and have received awards. She has written three middle grade novels, two of which were finalists in San Diego Book Awards.

Jeanne lived for a period of time in Hawaii and has frequently traveled to the island of Hawaii with her husband, a photographer. They love the beauty, people, and culture of the islands. Her travels and exploration of the history of the island inspired Jeanne to write her novel KALEA AND BIG ISLAND MAGIC. 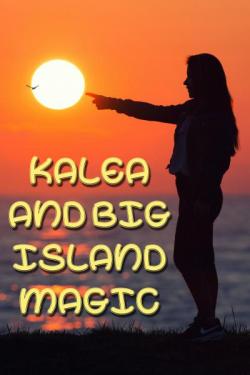 Mystery, Magic, and Adventure on the Island of Hawaii
Twelve-year-old Kalea hasn’t returned to the island of Hawaii since her dad died years ago. She’s excited to meet her native Hawaiian family and learn more about her identity. As soon as she arrives in Hawaii, she’s attacked by angry ghosts and ancient spirits. Her carved turtle necklace, a gift from her grandma, seems to be the cause. Is it Kalea’s imagination, or are greedy spirits dying to steal her stone turtle?

Kalea suspects her necklace is magic. She and her new friends struggle to uncover how the magic works. If Kalea doesn’t solve its mystery, she’ll bring danger to herself and her friends.

Learn more about this book here