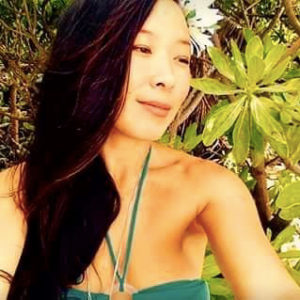 She has organized readings & benefits to raise awareness about Korean Reunification, to support women in situations of domestic violence, to help victims of natural disasters, and to support the greening of our planet. One summer, she started a library with over 150 books donated to Indigo Skate Camp in Kwazulu-Natal, called the Indigo Lending Library. She is a sponsored artist of Element Skateboards, a company that supports independent, progressive artists, natural living, and has nature skate camp retreats for children.

In her career, she has been blessed to receive the Sister of Fire Award from the Women of Color Resource Center in California, a Poet Laureate title for the Borough of Queens, New York, a Certificate of Merit from John C. Liu at City Hall, New York, and was honored to have her birthday, May 24 become "Ishle Yi Park" day in Queens, New York, an honor given to her by Queens Borough President Helen Marshall.

Kehaulani's book of poetry & fiction, The Temperature of this Water, published by Kaya Press, was the recipient of 3 literary awards, including the Pen America Beyond Margins Award for Outstanding Writers of Color, and the Member's Choice Award of the Asian American Writers' Workshop, and is taught in colleges across the country.

The New York Times said, "she has the voice of an angel and the soul of a rock star." Now rooted & settled on the Big Island of Hawai'i, she is living da dream, raising a beautiful tribe & finally following her lifelong passion for music and focusing on poetry, singing, songwriting & hula.

Stay tuned for her book, Angel & Hannah, a novel in verse that will be published by One World Penguin Random House!