Author of the Week: Eric Redman 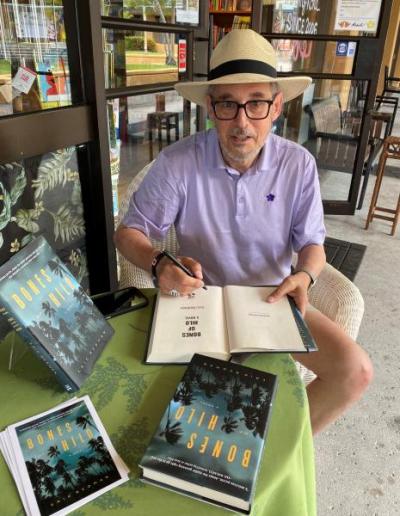 Eric (Ric) Redman was born in 1948 and grew up in Seattle, the youngest child of a lawyer and a civic leader.  As a scholarship student he was educated at Phillips Academy (Andover), Harvard College, Oxford University (as a Rhodes Scholar), and Harvard Law School.

He began writing for newspapers and magazines in high school and college, and wrote the nonfiction best-seller The Dance of Legislation at age 23 after serving as an aide to US Senator Warren G. Magnuson (D-WA).  Nearly 50 years later, that book is still in print.  For five decades he has continued writing for newspapers, magazines, law reviews, and as a contributor of chapters to books edited by others.

Meanwhile, from 1975 through 2007, he also worked as a lawyer in the electric power sector in the Pacific Northwest and Alaska, and for the Trans Alaska Pipeline System.  Beginning in 2001, he began focusing on the climate impacts of the energy system, and eventually became CEO of Summit Power Group, an independent developer of climate-friendly power plants, including wind, solar, and carbon capture projects.  He and his wife helped sponsor the first scientific research expedition to study the climate impacts of soot (black carbon) in the Arctic.

Since 2014 he has worked as a consultant and lawyer for climate-friendly technology companies, and as a Senior Policy Fellow for Deep Decarbonization at the University of California San Diego’s graduate School of Policy & Strategy, where he also helps teach a graduate course on Real World Problems of Energy & Environment.  His board memberships include the Northwest African American Museum, Earth Talk, and the Global Carbon Capture & Storage Institute.  He chairs the Global CCS Foundation.

In the early 1980s, he fell in love with the Big Island of Hawaiʻi, its people – including his wife’s Native Hawaiian relatives – and its history.  He and his wife owned a home on the South Kohala Coast of the Big Island for twenty years, where he assembled a library of Hawaiian history.

When his brother in law Tom Wales, an Assistant United States Attorney, was murdered in Seattle in 2001, Redman began writing Bones of Hilo for catharsis and escape.  It took twenty years to bring the book to fruitition.  It’s release date in hardback, Kindle, and audio book editions by Crooked Lane Press is June 8, 2021.

Bones of Hilo: A Novel (Hardcover)

From Hawaii's Big Island to the wilds of Washington's North Cascades, a novice detective uncovers a hoard of ancient secrets at the heart of a grisly murder