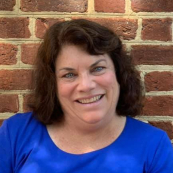 In August 2020, Linda Ulleseit’s newest novel, THE ALOHA SPIRIT, will be published by She Writes Press. The story is inspired by her husband’s grandmother, who grew up in Hawaii.

As a child, Linda always loved to write. She still has her first story, written in early elementary school on newsprint paper in pink crayon. It’s about a pig with a curly tail. Linda took her first creative writing course in seventh grade, accumulating a closet full of stories that she never showed anyone until 2007. At that time, she gave the first draft of a flying horse book to a teacher colleague to read.

Linda Ulleseit’s first novel, ON A WING AND A DARE, began as a NaNoWriMo novel in 2009. It was revised over the next two years with the help of reviewers on TheNextBigWriter.com and was published in 2012. It is a Young Adult fantasy set in medieval Wales, complete with flying horses, a love triangle, and treachery. For NaNoWriMo 2011, Linda drafted the sequel, IN THE WINDS OF DANGER, which was released in March, 2013. The third flying horse book, UNDER A WILD AND DARKENING SKY came out in 2014. Also in 2014, UNDER THE ALMOND TREES was released. It is an adult historical novel set in early 20th century California.

Linda Ulleseit currently lives in the Evergreen area of San Jose with her husband. They have two adult sons and a yellow Labrador. Linda is a recently retired sixth grade teacher. Her students were some of the early reviewers of her books.

The Spirit of Aloha is found in Hawaii’s fresh ocean air, the flowers, the trade winds . . . the natural beauty that smooth the struggles of daily life. In 1922 Honolulu, unhappy in the adoptive family that’s raised her, Dolores begins to search for that spirit early on—and she begins by running away at sixteen to live with her newlywed friend Maria.

Trying to find her own love, Dolores marries a young Portuguese man named Manolo His large family embraces her, but when his drinking leads to physical abuse, only his relative Alberto comes to her rescue—and sparks a passion within Dolores that she hasn’t known before. Staunch Catholics can’t divorce, however; so, after the Pearl Harbor attack, Dolores flees with her two daughters to California, only to be followed by both Manolo and Alberto. In California, Manolo’s drinking problems continue—and Alberto’s begin. Outraged that yet another man in her life is turning to the bottle for answers , Dolores starts to doubt her feelings for Alberto. Is he only going to disappoint her, as Manolo has? Or is Alberto the embodiment of the aloha spirit she’s been seeking?

The poignant and atmospheric tale captures the pre–World War II diversity of Hawaiian culture, a melting pot of religions and ethos… Evocative and engaging, with a protagonist determined to keep the aloha spirit in her heart.” —Kirkus Reviews

This feature require that you enable JavaScript in your browser.
END_OF_DOCUMENT_TOKEN_TO_BE_REPLACED

This feature require that you enable JavaScript in your browser.
END_OF_DOCUMENT_TOKEN_TO_BE_REPLACED

This feature require that you enable JavaScript in your browser.
END_OF_DOCUMENT_TOKEN_TO_BE_REPLACED